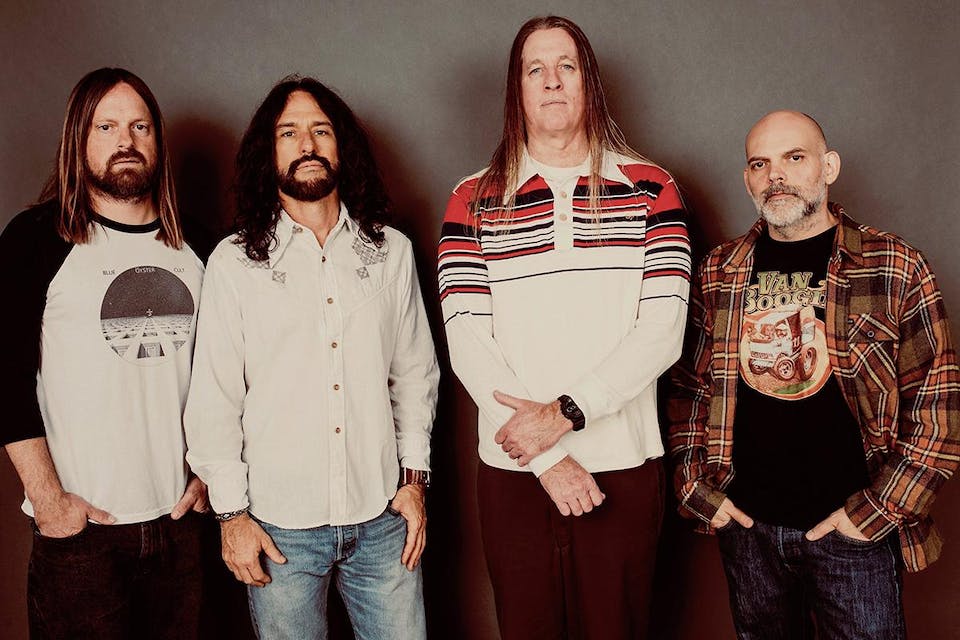 Originally formed in 1985 as a Black Flag-influenced hardcore punk band called Virulence, FU MANCHU has since become one of hard rock’s most celebrated names. The band released its first single “Kept Between Trees” in 1990 and in the years following, helped give rise to a celebrated style of heavy music tagged “stoner rock” alongside peers such as Kyuss, Monster Magnet and Sleep. Since its inception, the quartet has built itself a fanatical army of loyal enthusiasts all drawn to the group’s ridiculously catchy, unpretentious music, guitar-driven sound and carefree lyrics centered on “old muscle cars, choppers, vans, skateboarding and science fiction.” Over their career, the band has released 11 albums and has performed to sold out audiences all over the world.