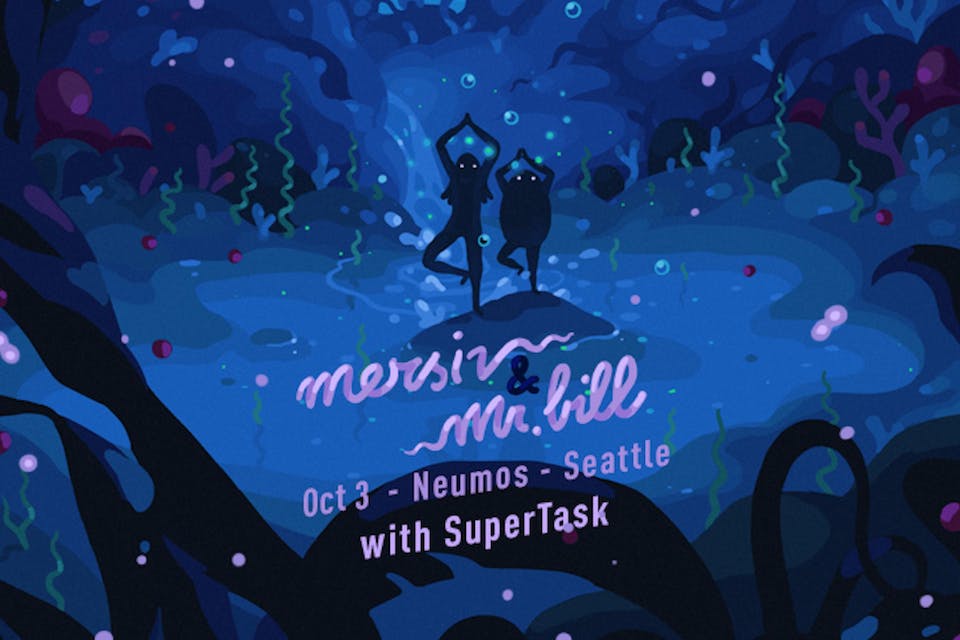 The Mersiv Sound Project is the brainchild of Anderson Benoit Gallegos. Producer/DJ Anderson has been developing a unique pretty-dark-loud style of bass music since he started his musical journey in 2015. The intentions of this project are to bring people into the present moment through a Mersiv experience.

Mr. Bill has been a leader in the audio production world for years. Beyond producing dazzlingly intricate originals, remixes, and collaborations with other stars of the industry, his eagerness to share his massive library of technical know-how has made him just as sought-after for studio work as he is for highly energetic and crowd-pleasing live performances.

Mr. Bill has toured North America and Australia with a live drummer, supported Beats Antique on multiple U.S. tours, and has played major festivals around the world. He scored the Nicolas Cage horror-comedy MOM AND DAD, and his techno side project Electrocado was signed to deadmau5’ mau5trap label for a multiple EP contract. Mr. Bill released his IDM album, Apophenia also on mau5trap, as well as the collab “10.8” with deadmau5 featuring an epic animated video by Bill’s longtime artist, Funilab. Mr. Bill also released a collaborative EP with Esseks, DeadLanguage on Ganja White Night’s Subcarbon label, and has current and future collabs slated for release on Deadbeats, Wakaan, and even more labels this year.