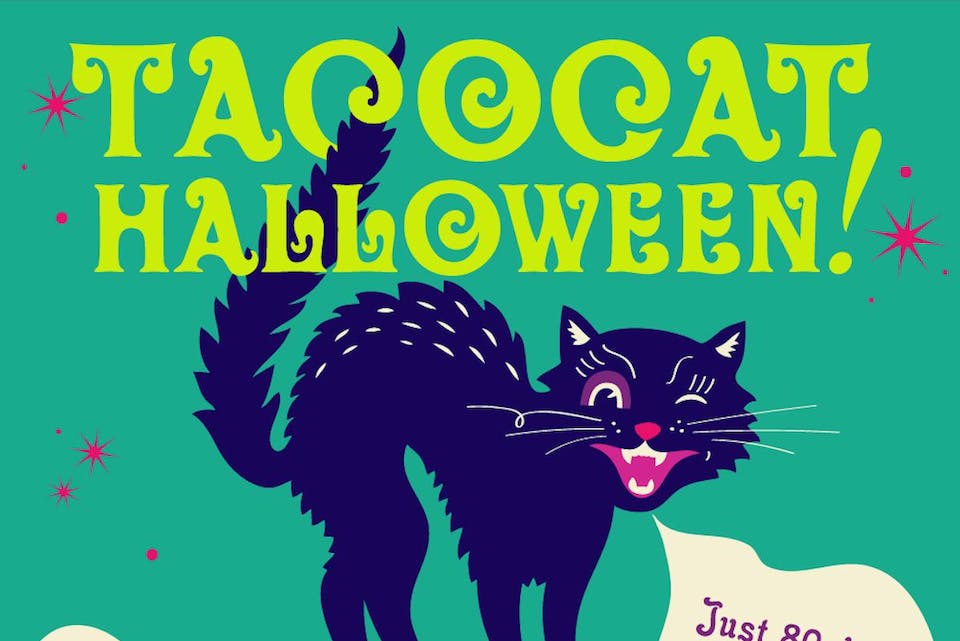 When Seattle band Tacocat—vocalist Emily Nokes, bassist Bree McKenna, guitarist Eric Randall, and drummer Lelah Maupin—first started in 2007, the world they were responding to was vastly different from the current Seattle scene of diverse voices they’ve helped foster. It was a world of house shows, booking DIY tours on MySpace, and writing funny, deliriously catchy feminist pop-punk songs when feminism was the quickest way to alienate yourself from the then-en vogue garage-rock bros. Their lyrical honesty, humor, and hit-making sensibilities have built the band a fiercely devoted fanbase over the years, one that has followed them from basements to dive bars to sold-out shows at the Showbox. Every step along the way has been a seamless progression—from silly songs about Tonya Harding and psychic cats to calling out catcallers and poking fun at entitled weekend-warrior tech jerks on their last two records on Hardly Art, 2014’s NVM and 2016’s Lost Time.

This Mess is a Place, Tacocat’s fourth full-length and first on Sub Pop, finds the band waking up the morning after the 2016 election and figuring out how to respond to a new reality where evil isn’t hiding under the surface at all—it’s front and center, with new tragedies and civil rights assaults filling up the scroll of the newsfeed every day. “What a time to be barely alive,” laments “Crystal Ball,” a gem that examines the more intimate side of responding emotionally to the news cycle. How do you keep fighting when all you want to do is stay in bed all day? “Stupid computer stupor/Oh my kingdom for some better ads,” Nokes sings, throwing in some classic Tacocat snark, “Truth spread so thin/It stops existing.”

Despite current realities being depressing enough to make anyone want to crawl under the covers and sleep for a thousand years, Tacocat are doing what they’ve always done so well: mingling brightness, energy, and hope with political critique. This Mess is a Place is charged with a hopefulness that stands in stark contrast to music that celebrates apathy, despair, and numbness. Tacocat feels it all and cares, a lot, whether they’re singing odes to the magical connections we feel with our pets (“Little Friend”), imagining what a better earth might look like (“New World”), or trying to find humor in a wholly unfunny world (“The Joke of Life”).