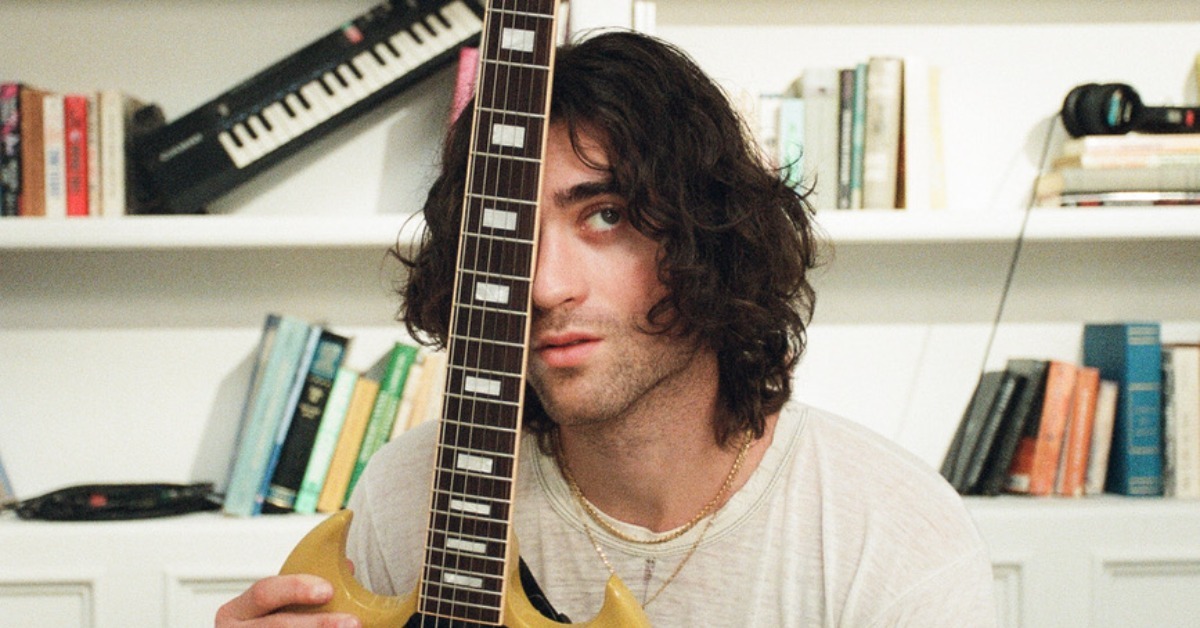 Doors: 6:00 PM
All Ages to Enter, 21 & Over to Drink
Oct 8, 2022
Buy Tickets
Chicago native Alexander Glantz is the creative force behind Alexander 23. In March 2019, he made his debut with "Dirty AF1s," which climbed to the top of the DSP charts. Later in the fall, he shared his debut, critically-acclaimed EP I'm Sorry I Love You and spent the rest of 2019 on tour with Alec Benjamin and Omar Apollo while making his Lollapalooza debut. He kicked off 2020 by selling out his debut two headline shows at The Moroccan Lounge and then releasing his RIAA Gold Certified Track "IDK You Yet" (written and produced solely by him) which was featured on Spotify's Today's Top Hits and has been streamed over 300 million times on Spotify alone.

In 2021, Alexander 23 sold out his debut headline tour and followed that up with a Grammy Nomination for his co-production on "good 4 u" by Olivia Rodrigo. His Dan Nigro co-produced debut album is slated to arrive in the spring of 2022.

you want shows? we got ‘em 🤞🏼 new ones to lead you in to the wknd! all on sale 🎟(except MorMor)
you know us, we don’t lie about our low ticket warnings 😎 so here’s a few so you’re not left out in the cold!
we’re talking restaurants, bars, statues, and mystery coke machines 😏⁣ let’s hear ‘em! ⁣ CC @vanishingseattle
where all our house heads at?! we will be 𝘥𝘢𝘯𝘤𝘪𝘯𝘨 this Friday with MOKSI 🕺🏻💃🏻 tix still available if you want to come party!
our weekend dance parties downstairs in Barboza are LEGENDARY 🍾💃🏻🎉 see you this wknd?
let’s help each other out in the comment section 🤝 name an artist you enjoy and let others recommend you similar artists!
👏 𝐆𝐈𝐕𝐄𝐀𝗪𝐀𝐘 𝐓𝐈𝐌𝐄 👏 tag your favorite concert buddy for your chance to win 2 tickets to ANY of this week’s shows (yes, even sold out ones!)⁣ ⁣ we will be giving out five (5) pairs of tickets so get to taggin’ 🎟
tag ‘em in the comments and we’ll try to make your dreams come true 🤩💭
🍂 grab your red scarf and fellow Swiftie for our next edition of A Dance Party (Taylor’s Version) on September 24 because it’s the 𝐑𝐄𝐃 𝐄𝐃𝐈𝐓𝐈𝐎𝐍 💄2️⃣2️⃣🧣🕶⁣ ⁣ drag queen performances, “13” hand painting station, Taylor Swift Tarot card readings, and more 👀 tix on sale now!
𝘸𝘢𝘬𝘦 𝘶𝘴 𝘶𝘱 𝘸𝘩𝘦𝘯 𝘚𝘦𝘱𝘵𝘦𝘮𝘣𝘦𝘳 begins so we can crush the next edition of 𝐓𝐫𝐢𝐯𝐢𝐚 𝐓𝐮𝐞𝐬𝐝𝐚𝐲! ⁣ ⁣ calling all Disney adults! come test your knowledge every Tuesday at 7pm starting one week from today 🐭🏰🪄
and just like that, September is almost here 🙃😬 soak up your last bit of summer with us!
thrilled to announce a new dance party landing at Neumos on Sept 17 🌕 AZN GLO - a dance party for the Asian + Queer + Trans + BIPOC community 🌕 featuring this incredible cast:⁣ ⁣ • Kylie Mooncakes (Host) ⁣ • DJ Emoji Heap (DJ)⁣ • Novel Natura (DJ)⁣ • Cherub (Go Go)⁣ • Justin (Go Go)⁣ • Noona (Drag)⁣ • Viper Fengz (Drag) ⁣ • Rubi Venus (Drag)⁣ ⁣ head to @azngloparty for more info!
✨ and the winner of our 𝟸𝘯𝘥 𝘦𝘷𝘦𝘳 𝘭𝘰𝘤𝘢𝘭 𝘴𝘱𝘰𝘵𝘭𝘪𝘨𝘩𝘵 feature is…⁣⁣⁣⁣ ⁣ ★ STELLA MAR ★⁣ ⁣⁣⁣⁣ we’re thrilled to feature Stella after an overwhelming amount of support in our local spotlight contest! check out their video for “Caution Sign” here and make sure to follow them on socials to support. ⁣⁣⁣ ⁣⁣⁣ we’re also stoked to announce Stella will be headlining Barboza on November 11 so come see what the hype is all about IRL! tix on sale now at thebarboza.com 🎟⁣⁣⁣⁣ ⁣⁣⁣⁣ thanks to all who commented your favorite locals. we hope this spotlight series sheds light on the incredible Seattle talent we have!
🅴🅼🅾 🅽🅸🆃🅴 🅸🆂 🆃🅾🅽🅸🅶🅷🆃 ⁣ ⁣ tickets are moving faster than you can say “when I was a young boy, my father took me into the city” 😎🖤 snag yours online or at the door!
happy 🐪 day! here’s a few things to look forward to 👀